Movies About Mail Order Wives To Watch On Sunday Evening

Did you know mail order bride notion is so popular that there is even a number of movies filmed about it? Check them out and study the topic in the most beautiful artistic way. Not only to entertain yourself, but also for enlightenment.

This is a love story of John, a lonely bank clerk from England, and Nadia, his mail order bride, who turned his life into a much better one. Nadia is Russian, mysterious, and extremely attractive, but they can’t understand each other because of the language barrier.

Then, Nadia’s brother and friend come to visit her, Yuri and Alexei. The latter, although friendly at first, kidnaps Nadia and requires a huge buyout. John decides to rescue her and robs a bank where he works, pays the ransom and gets kidnapped himself.

John finds out Nadia’s pregnant, her real name is Sophia, and she speaks English. But instead of reporting her to the police, John rescues Sophia and they end up having created a strong bond.

This isn’t a conventional mail order bride movie. The story is about a Norwegian immigrant Inge from Germany. She met the two elderly people there who decided to arrange a marriage for her and their son, Olaf, who’s in Minnesota. They start mailing each other, get married soon, and move in together.

Unlucky for her, the people from her new home didn’t want to accept her at first, even forbade her to marry Olaf. But luckily, they’ve developed a strong bond and tried to defend their right for love. Eventually, everyone accepts her and the couple keeps on living a happy life together.

The main character is Katia who’s going to Australia to meet a groom-to-be. But when she arrives, he suddenly passes away. All of a sudden, Katia meets Ethan and then develops feelings for him.

The bad news, Ethan had a wife and Katia also needed to get married to stay in the country. Then Harvey, an investigator and Ethan’s best friend, appears on the screen. He’s divorced and fell in love with Katia as well. The three of them made a deal — Harvey will marry Katia so she could stay in Australia. Eventually, the story turns into a love triangle and Katia starts cheating on Harvey with Ethan. They both make her decide and choose whom she wants to stay with.

Diana McQueen is a well-known con-woman and she’s exhausted from the life full of dangers. She manages to leave her boss and travel away. To make sure he wouldn’t chase her, she arranged to become someone’s bride instead of her friend who passed away.

Beau, her husband, turns out to be very caring and loving. They both fell in love with each other. Some time past, he starts noticing all Diana’s lies. He finds everything out when Diana’s boss finally finds her and wants revenge. Beau rescues her and forgives the lies. A couple stays together.

This is the story about Andrew, a filmmaker from New York. He needs to film a movie about a doorman, Adrian, and his mail order bride from East Asia, Lichi. The movie is about their everyday life and how their relationships develop over time. Soon Andrew finds out that Adrian is a mean man who treats his charming lady just as a slave.

That’s when Andrew decides he has to defend Lichi — and starts intervening with the couple’s life. Both parties don’t like it and make Andrew stop filming. But later on, Lichi visits Andrew and makes the film public. Eventually, they end up sharing a house and living a happy life together.

Eddy Baller
Professional Men's Dating Coach
Eddy Baller is a successful relationship coach with over 12 years of experience. She specializes in helping lonely hearts understand what men's and women's minds really hide. Jo believes there's more than one person for everyone. Her coaching makes people move from anxiety to confidence in all walks of their lives.
Related Guides 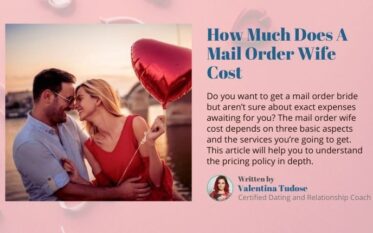 How Much Does A Mail Order Wife Cost
Updated September 27, 2022 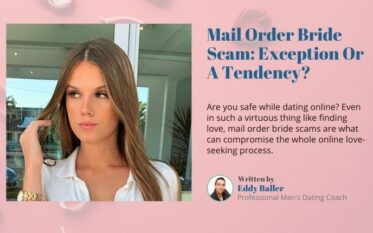