Do you know any Mexican dating traditions? Has anyone ever told you about the advantages and disadvantages of dating Latino women? Have you ever learned any tips for successful relationships with a Mexican hottie? If you need all that, find it below. Hispanic dating culture is very different from the Western one. In what way?

Appearance matters a lot in Mexico. For both men and women. Girls are expected to look attractive, wear make-up and lovely outfits. It’s not okay to show up on a date wearing something casual like jeans and a hoodie. Girls usually choose something tight and sexy. And high heels are a norm too. Women care greatly about how they look not only on dates but in everyday life too. And they appreciate well-dressed and smart men. So the 1st Mexican dating rule everyone follows — look good in any situation.

Mexicans keep the romantic vibe when dating. To be more precise, it’s not even a rule for the majority of them, and as they do it naturally. For example, they love calling each other by different pet names on a regular basis. Besides, public displays of affection aren’t really looked down upon. Expressing your feelings, touching, hugging, and kissing in public is totally fine. Finally, they enjoy doing some romantic stuff like going on long walks, making a meal together, having film nights, etc.

There are lots of Mexican dating customs and even modern daters follow them. It’s what they’re raised with and so — expect it from partners. Thus, even if you’re a foreigner, you’d better still implement some of them in your Mexican girl dating. For example, men are expected to behave like real gentlemen. It means to be polite, well-mannered, help to hold the doors, or pay the bills. Another tradition called “piropos” — flirty compliments or comments men say to show they’re interested in a girl.

Dating rarely happens just for mere fun and spending time together. It usually implies something serious and turns to consideration of marriage. Here’s what you should know about marriage in Mexico.

A man is considered the family’s head in Mexico. And fathers usually have a very reverential attitude to their daughters. They control who, when, and where she dates. And it means he’s the one who has the ultimate say in letting a couple date. He also gives approval when they decide to marry. The wedding won’t take place if the father is against it. Thus, get on well with her dad.

Yes or no? In most cases — no. Even despite the fact that the PDA isn’t strict and couples can even kiss in public and never be judged for it, it’s not okay to sleep together if there are at least no signs of your commitment and serious intentions. Single Mexican women stay pretty conservative when it comes to intimacy before marriage, and usually, they wait until a man proves he’s a real gentleman. It has a lot to do with their religion and its teaching. The Catholic Church has a great influence on Mexican culture.

It concerns women mostly. Older Mexican men have no difficulty in finding a partner to marry. However, it’s not like that when it comes to women in their 30s or older. It seems like their reasons for being single are socially looked over. There’s a strong public opinion that if a woman isn’t married before she’s 30, there’s something wrong with her. That’s why many of them agree to marry a mediocre partner not to be single. However, this gender double-standard is changing nowadays and a younger generation of girls choose to marry whenever and whoever they want to. 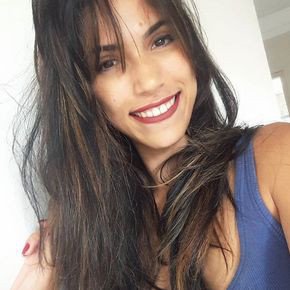 There are certain Hispanic dating rules everyone follows in Mexico. So if you choose to date a Mexican woman, try to stick to the next tips as well.

Now let’s see what benefits you get from dating a Latino beauty and what challenges you might come across.

In general, Mexicans are very friendly and warm. And so is their dating culture. It’s full of nice traditions and customs. It values family bonds and appreciates faith and loyalty. As a rule, foreign men find it very enjoyable and pleasant when dating women in Mexico. Their relationships are full of support, love, and care. They’re fed the yummiest meals. They can always rely on their partner. Their homes are cozy and clean. What else can one wish? What do you think? Want to give it a try?

Vanessa Q'Martin
International Dating Expert
Vanessa gives tips that will work for Latina women. Her experience in Latin America started in Costa Rica, and it helped her find out what Latinas are looking for in relationships and what kind of men they dream to be with. This bright woman knows how vital it's to have a physical, emotional, and intellectual attraction with a partner.
You might also like... 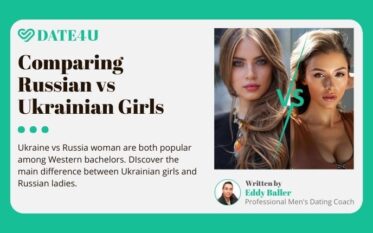